This sounds like a strange heading for a blog post. Let me explain. In the last few months, we merited having two grandsons born to my younger two daughters. They and their husbands named both their sons Shaul Zelig, שאול זעליג after my dear father ז׳ל. I was honoured and, of course, this was due to my father’s very close relationship with each and every one of his grandchildren.

In the 1600’s, Rav Eliyahu Shapira in his famous work Eliyahu Rabo, quotes the Beis Yosef, Rav Yosef Karo, author of the Shulchan Aruch, that just before saying the Oseh Shalom עושה שלום of Shemoneh Esreh, one should say a Pasuk from Tanach whose first letter corresponds to the first letter of one’s  name, and such that the passuk ends with the last letter of one’s name.

One of my sons-in-law, had quickly taken on the custom to say his new son’s Pesukim for both שאול and זעליג as well as his own, until his son was old enough to do so. The other soon followed. I did not know but he had asked some Rabonim in Shule because he could not find a single Passuk in Tanach which started with letter Zayin and ended with a Gimmel. Eventually, it was concluded, thanks to computers, that there was no such Passuk. The question then arose, so what does one say if they practice this custom?

The Arizal and the Shelah Hakadosh both write about this concept and the latter mentions in his Sefer, that it is a tool or device to help one after 120 years, when facing God, and when asked their name (this would be something mystical that is beyond me). We will be in fear and the saying of this Passuk will jog our memory from its expected momentary freeze. (Some say the Passuk 18 times by the way). It is clearly a Kabbalistic/Mystical notion, however, I am accustomed to saying my name as well, because that’s what I was taught when I was a boy, and assumed this was mainstream practice. I don’t know whether Germanic, Oberlander or other Ashkenazic traditions also have this Minhag/practice. I would imagine that Sephardim do.

Either way, the advice one son-in-law was given was a bit of a compromise. He was to say a passuk that had a word in it that began with zayin and ended in gimmel. That’s not to say it wouldn’t work. I saw some opinions that indeed suggest this.

I was intrigued when I learned about this reality and started scouring (I don’t have Bar Ilan or Otzar HaChochma databases though). I found that some have a custom to say one passuk which would starts with a Shin for Shaul and ended with a Gimel for Zelig. This was legitimately sourced, however, both my sons-in-law both follow the Chabad custom, so I set about to find out what, if anything, Chabad does in such a situation (or indeed any group that says two Pesukim for two names).

I immediately thought to ring Dayan Usher Zelig Weiss, Rav of Shaarei Tzedek Hospital and a world-famous Posek. After all, his middle name is Zelig, and I have spoken to him before. I got an answer almost immediately that the Passuk that should be used is:

The reasoning is because in pronunciation the Gimel actually sounds like a Kuf. Indeed it does. I can still hear my father say it that way unwittingly.

Certainly, in Hilchos Gittin, where names and nicknames are most critical, I could see this as being significant. There are various theories about the origin of the name Zelig. In my father’s case (I surmise Dayan Usher Zelig Weiss, the Zelig was considered a coupled/translation of Osher (Usher) as in Dov Ber, Yehuda Aryeh Leib, Menachem Mendel, etc. I knew my father’s middle name came from his grandfather who was also called Osher (who was Yitzchak Osher Amzel or Reb Yitzchak Bogoshitzer) but since my father’s other grandfather was named Yitzchak, and was still alive, he couldn’t get the name Yitzchak Osher. I got the name Yitzchak later, as did my cousin Ya׳akov Yitzchak Balbin ז׳ל.

An oracular friend in the USA, Rabbi Michoel Seligson, sent me the following letter from the Lubavitcher Rebbe in response to someone who asked exactly this question (it’s reprinted from a couple’s wedding booklet gift to their guests).

And to add, see
http://hebrewbooks.org/pdfpager.aspx?req=22275&pgnum=152
where the Kav Noki quotes the Mahari Mintz (need time to look at that) supporting equivalence as in soundex. Clearly, soundex was extended to the Possuk as well, as a device for memorisation.

Zelig more  recently was the same as Germanic Selik or Selig. Rabbi Selig Baumgarten comes to mind. Again, accents/pronunciation are evident. Zelig seems to be derived from Old German meaning “chosen” or “blessed”. It is also found in Old English and may have become the word “select“.

Back to the Lubavitcher Rebbe.

I am intrigued by the last words of the Lubavitcher Rebbe above which state that this is the Pasuk “until you find an exact pasuk”. I thought to myself, there are a finite number of Pesukim. Either it exists or it doesn’t exist. What possibly could the Lubavitcher Rebbe have meant “until you find“. You’d never find it! One could surmise he was hinting that when saying Pesukim in general, never stop paying careful attention to each letter of each Passuk.

I had another thought, for which I have no support. The tradition is that when the Moshiach comes a “new Torah” will sprout תורה חדשה. Perhaps, given the Lubavitcher Rebbe’s single-minded focus on causing Moshiach to come sooner, he was hinting that such a Passuk may come into existence in times to come? I don’t know. I’m certainly not qualified to double guess what he meant. It might be an explanation.

Either way, I found it an interesting tidbit, especially for those who have the name זעליג!

Oh, and here are our two treasures: 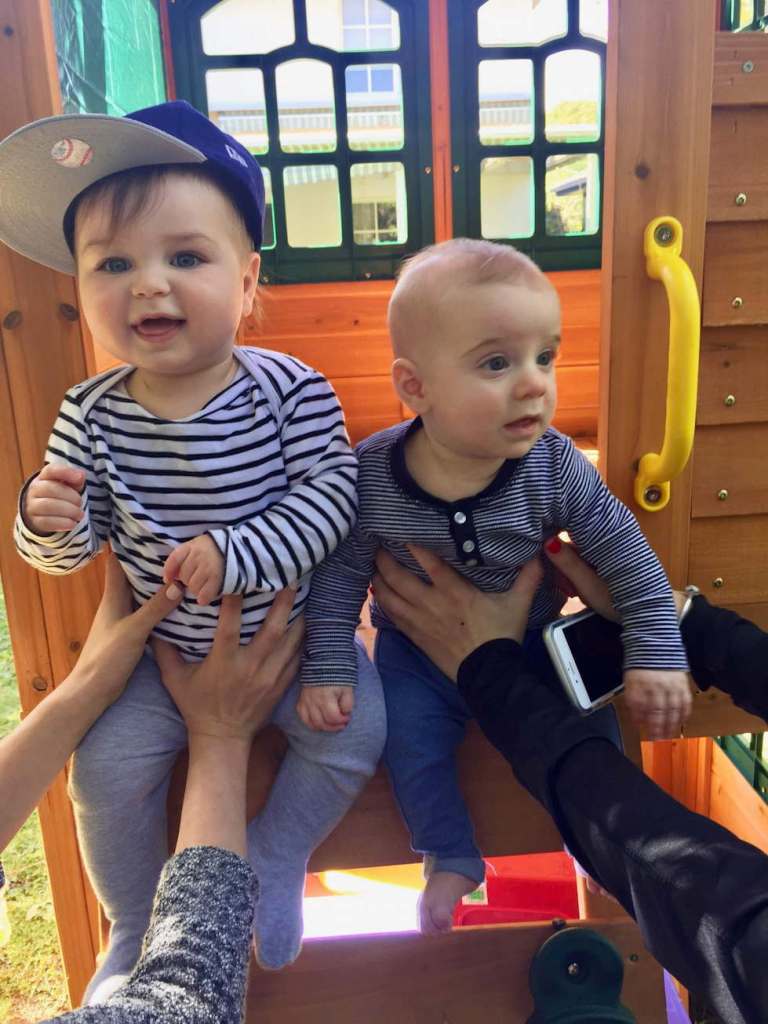