I’ve always liked to hear and be regaled by stories and maysalach, especially when retold by or about the generation of holocaust survivors. I mentioned Mr Sperling ז’ל in a blog post when he passed away last year. Here is a Mr Sperling story. I’m sure readers have many stories to contribute. I’m happy to post them as guest posts or in the comments section.

Arriving after the war to the shores of Australia, Mr Sperling set about trying to make a buck, any which way. One of his early ventures centered around the role of a travelling salesman in rural areas, where his goods were shmattes purchased “on the cheap” from the many emerging tailors, knitters, and assorted purveyors of quality shmattes. 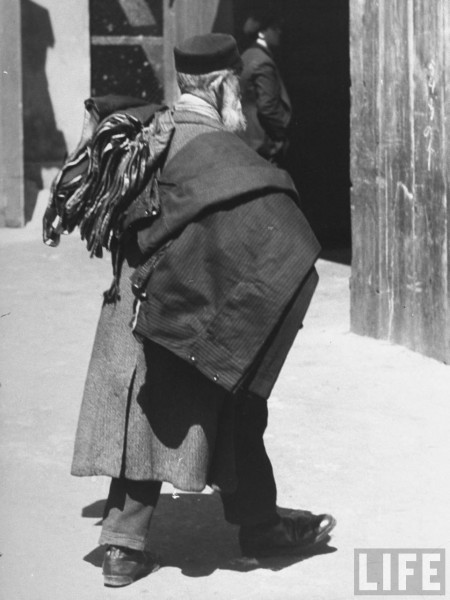 On one occasion he sold a sizeable number of “hoisen” (slacks) to a country shop. After returning to that same shop some months later, the shop owner expressed disquiet about the quality of the stock he had purchased on the previous visit.

“Mr Sperling, can you explain to me please why all those slacks you sold me had the zips on the backside instead of the front?”

In a flash, Mr Sperling responded: