I don’t feel programmed to reject everything Yair proposes, nor do I feel that I should accept his proposals because “democracy is a religion”. With that in mind, the article below from Yediot, if reported accurately, demonstrates poor arguments. Using Grandad as an example, is nice emotive politics but it doesn’t make it a better argument.

Here is the article:

“We need public transportation on Shabbat in secular neighborhoods and in secular cities,” Finance Minister Yair Lapid said Thursday evening during a live chat on Facebook. However, he said, more time was needed to sense the changes regarding this issue and economic issues.

“I think there should be public transportation on Shabbat. I said this during my (election) campaign and I’m saying it again – not in religious areas, but in secular neighborhoods and secular cities – because this issue is not related to religion and state; it is a simple social matter,” the Yesh Atid chairman wrote on Facebook.

“There is no reason that a grandfather who has money is able to take a taxi to visit his grandchildren while a grandfather who does not have money cannot because there is no bus to take him to his grandchildren,” Lapid said. “Everything cannot happen in three months. We will fight for this cause; there will be wars we will win and wars that we won’t (win), but we’ll have to wait until we win.”

According to Lapid, the Israeli economy is transitioning from a culture of stipends to a culture of work. “If you work and do not earn (money) then you should be offered help; if you do not work because you don’t feel like it, we should make certain that Israeli society tells you: Not in our house. It is not decent and it is not fair. The working man is at the center of the financial plan,” he said.

Perhaps the thing that upsets me the most about views similar to Yair Lapid, and for the record, he doesn’t upset me with the things that he says most of the time, nor do I harbour any hate whatsoever towards him, is that we, the religious community, have effectively created many Lapids.

We (both in Israel and abroad) use language that divides and not unites. We rarely invite our not-yet-religious neighbours. We don’t say hello in the street and often don’t act civilly. We don’t make an extra special effort to be inclusive. If we were all lit with the powerful atomic fuse of Ahavas Yisrael that burned so fiercely inside Rav Kook ז’ל I sense there would be less division in Israel.

Yes, outside of Israel, Chabad do a great job. They have their agenda, it’s true, but that agenda doesn’t worry me. It’s results that matter. It’s ironic, though, that so many Talmidim and Talmidim of Talmidim of Rav Kook, many became hermetic Charedi Leumi types than those who embraced the Klal, quite literally. Alternatively, they would hold onto a clod of soil with their lives, but not do the same for a Jewish soul.

I hope the new Chief Rabbis are able to re-ignite the fire of Rav Kook and spread the Ahavas Chinam, unadulterated love of a fellow Jew, throughout Israel (and beyond).

We need to move well beyond the cartoon below 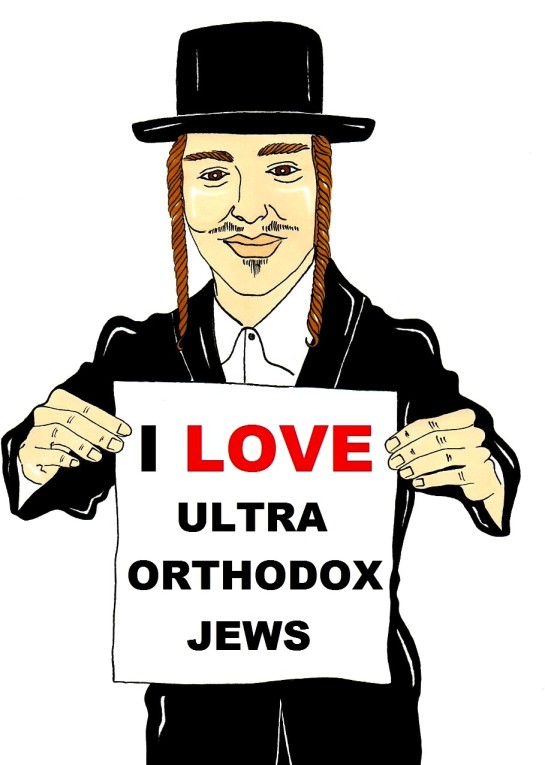