It was a sad day, indeed, when I read about this event. I had two occasions where I turned to him to answer Shaylos that I had. Both times my letters were passed on by Rav Yossi Efrati, who is a tremendous and fiery Gaon, and who delivered a Thursday night Halacha Shiur to ‘Chutznikim’ at Kerem B’Yavneh. In both cases, I received detailed answers with sources.

This occurred well before he became the leader of Lithuanian style Charedim in Israel.

There is no Rabbi or human being who has not had their share of controversy. Rav Elyashiv famously split from the Rabbanut as a senior Dayan, when he vigorously opposed Rav Goren’s solution to the Langer case. Ironically, it would seem that Rav Elyashiv, or at least his minions also engaged in attempts to anul some conversions; eg. The view of Rav Avraham Sherman.

He also paskened that where there was a reasonable suspicion of abuse one should go directly to the authorities. Aguda twisted his words, and sadly in the last ten years many of his words were twisted and he was drip fed information by ‘Askanim’.

He didn’t write much, sadly, although I do have his Kovetz Tshuvos at home.

I don’t think he will be remembered in the same light as Reb Moshe or Reb Shlomo Zalman or Rav Waldenburg, however, If there is one thing that we can inspirationally derive from his life, it would have to be his incredible continuous learning of Torah. He could be described as a conservative Posek. Im not familiar with all his Psakim of course, but i cant recall a big noted Heter. Whether it was 16 hours a day or slightly different is immaterial. What is known is that he simply learned almost all day, and lived a humble life in a tiny apartment in Meah Shearim. It is said that he knew all four sections of shulchan aruch with all the commentaries, by heart.

He was an admirer of his shadchan, Rav Kook ז״ל and was not afraid to defend Rav Kook. See here for example. 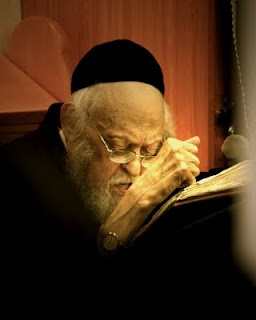